If CMOs don’t stand for growth, they stand for nothing

Coca-Cola’s ditching of its chief marketing officer role for a chief growth officer is a clear warning to CMOs: stand for growth, or lose it all(from my Marketing Week column).

Replacing the Coca-Cola CMO with a chief growth officer may make temporary sense for the company. But it’s deeply troubling news for marketing’s C-suite reputation.

When the news broke that Coke’s incoming CEO, James Quincey, will ditch the global CMO position and install a chief growth officer (CGO) instead, I couldn’t quite believe my eyes. Why would a CEO replace a top marketer with a revenue officer? It’s like a club owner replacing the DJ with a dance floor-filler. It’s every DJ’s job to fill the dance floor. It’s every CMO’s job to drive revenue. What’s the point?

The perplexing CGO phenomenon has been around for a while now. Faced with sluggish growth, consumer goods giants like Colgate-Palmolive, Coty, Mondelēz or Tyson Foods have vocally installed chief growth officers to “accelerate growth efforts” or to “bring focus and growth to our platforms”. Even my former McKinsey colleagues jumped on the CGO bandwagon.

Yet, a quick look at the above companies’ last three years reveals revenues are still in free fall. To be fair, declining revenues may be a function of divestments, currency effects and whatnot. And perhaps the work of these CGOs has prevented even steeper declines. But as it stands, adding a CGO appears like a desperate symbolic move.

I sometimes wonder: has the title CMO fallen out of fashion? Is chief growth officer for CMOs what Zumba is for aerobics? Kind of the same thing, but cooler? Why not? As long as good marketers help the company grow by serving customers better than competitors do, great. Who cares if their title is chief marketing officer, chief growth officer, or chief whatever officer?

As long as marketers position themselves as experts in advertising instead of being growth drivers, we’ll see more CMO positions disappear.

Unfortunately that’s not what’s happening. Instead, marketing in these companies slips down a level. As a result, even top marketers like Mondelēz’s Dana Anderson don’t report to the CEO.

There’s clear empirical evidence that companies with CMOs and strong marketing departments outperform their peers. To ignite growth, the logical move would be to lift the CMO into the C-suite and to build strong leadership skills within the marketing team. Why a chief growth officer instead?

Hold on—let’s think about this. What, if not growth, is a CMO’s focus? How, if not by being the trusted CEO adviser and spanning silos, could any CMO make the right things happen for customers inside a company? What the report describes is simply what you would expect every proper CMO to be. I’m pretty certain Peter Drucker would turn in his grave if he saw this news.

So what’s happening at Coke? It’s a well-known secret that with consumers, the firm has lost its fizz. Outgoing CMO de Quinto managed to free up funds for growth. But latest reported revenues are still in steep decline. CEO Quincey needs to act fast to turn the company around. So what’s wrong with him using the sexy CGO title to signal change?

Unfortunately the issue is bigger. It appears Quincy just doesn’t trust the company’s marketers to drive growth. Marketing will loose the boardroom seat, reporting to the new CGO. And in the departure note, outgoing CMO de Quinto gets foremost credited for the quality of Coca-Cola’s advertising, new visual identity and resulting productivity improvements. The new CGO, however, has a “clear mandate for driving global growth” (which the old CMO didn’t have?).

As long as marketers continue to position themselves as experts in advertising, brand positioning, millennials and the latest digital fads – instead of being growth drivers – we’ll see more CMO positions disappear in favor of whatever the next marketing Zumba is.

The message is pretty simple: as a marketer, stand for growth—or else. 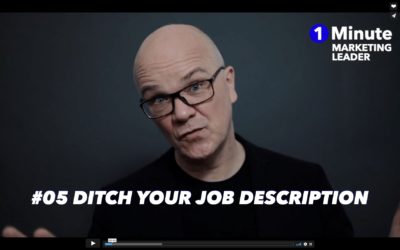 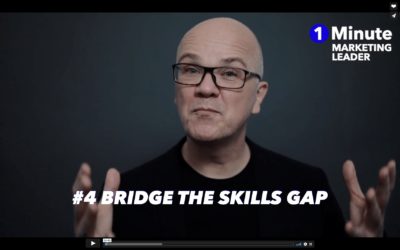 Do you have all the skills you need? The answer is probably no. And that’s ok. 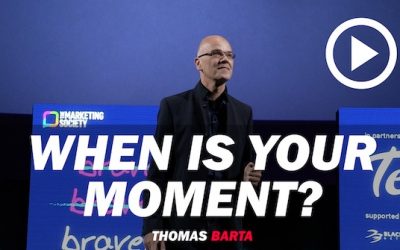 When is your moment (to be brave)?

On 28 September 2018, air controller Anthonius Gunawan Agung saved 160 lives. As warnings about an imminent earthquake made rounds, his colleagues fled the tower. In a split second, Anthonius...